On the day she inherited a rare British locket, Nicole's existence would be marked for murder. Nicole would soon come face-to-face with a deadly conspiracy, contrived long ago, by those who will stop at nothing to claim her treasure. As fate would have it, there is only one man who can save her.

Hired to discover the whereabouts of a valuable locket stolen, Detective Dalton was determined to bring the culprit down.  However, with each passing moment, the raven-haired beauty was stealing his resolve. As the clock winds down, and an innocent life hangs in the balance, he must decide who is the hunter and who is the prey.

Negro In Nam:  My Father's Tale (Book One of the Kaleidoscope)
By Michael L. Bernoudy, Jr.

Army Sgt. Michael Bernoudy has survived segregation, basic training, and the Viet Kong. Following an ambush across the Cambodian border, his luck seems to finally have run out. After being seriously wounded, Michael awakens in a strange new world.

This new world is threatened by a merciless tyrant. Michael rigorously trains to fulfill a prophecy. He embarks on a quest to determine the fate of not only that world, but this one as well.

This book is filled with action, romance, horror, and a little bit of magic. 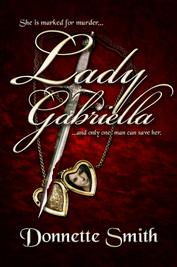 After several miscarriages, Rachel Ramierz, a brilliant but tragic artist, secludes herself and begins a series of paintings based on her lost child, naming each painting 'Nina".  One of them (the title character) comes to life inside her canvas.  She is able to see and hear the world around her.

When Rachel commits suicide, Nina is thrown into the confusing world, and her painting is passed around to others.  She has one year to decide whether to join the rest of the world, beginning life anew, or to remain a painting forever. 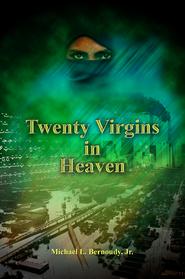 Jack Samson is running for his life.  A week ago, he started looking for a new job with better benefits and salary.  He came across this ad that read:

“A fantastic opportunity for you if you hire on with our company; one of the Fortune 500.  Get that dream house, car and vacation.  Stop worrying about bills… you can have it all.  We just ask one thing in return; your soul for eternity.”

The Extractors were coming to take part of his soul. The underworld and all unseen are trying to enslave the people of the world.  The question is, can Jack stop evil at its highest point, without getting his family enslaved as well?

Twenty Virgins in Heaven (Book Two of the Kaleidoscope)

What does 9/11, the breaking of the levies in New Orleans after Hurricane Katrina, a sect of fanatics practicing one of the world’s oldest religions, and a young black lawyer from New Orleans have in common?

There is a religious sect /scientific school of thought called Transmigrationalism.  This belief dates back to ancient Sumer.  It is a belief that all paths/lives are destined to meet in a great clearing, a great meeting place at the end of their course.  In this school of thought, when large numbers of paths are brought to an end at once in a tragic event, not only does the door to the clearing open, but also the doors to other worlds.

Attorney Tyrone Jarreaux finds himself running from Arab extremists and watching his friends die, all while going through a custody battle with his child’s mother.

The forces of the Jade Emperor have not been resting since Negro in Nam.  This book, filled with drama, mystery, suspense, hard core action scenes, and a little bit of magic, is sure to be an instant classic.  And like all Michael Bernoudy books, it’s based on real people.

This book is a collection of two epic tales dealing with love, war, and betrayal.

Curse of The Woman is the story of two noble cousins, coming of age, in a time of war.  The cousins, who were raised as close as brothers, find themselves at odds over a woman.

Karma chronicles the adventures of a man who is cursed by the gods.  Through his adventures, he finds and loses love, in the strangest of places 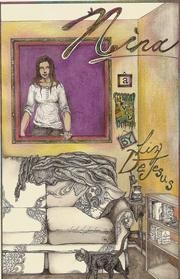 Taste of Love (Book Three of the Kaleidoscope)

It’s been said that love is like a tidal wave, that sweeps you away, and we are powerless to stop the tide.  This was definitely true about Kyvonne Jarreaux.  Tyrone captured her heart and soul, and for nearly a decade, her life has been a living hell.

Since Hurricane Katrina, life has spiraled downhill for the couple.  How much can a woman take before she finally gets fed up and what happens when she finally does?  In this case murder.  Sensual lips on a poisoned physique would spell death for Tyrone Jarreaux.

Love, lust, adultery, betrayal, and a corrupt district attorney all give a bitter taste to love.

And finally, the Jade Emperor will make his appearance once again as foretold in the Bible.  This book, which takes place in the small town of Marshall, Texas promises suspense, betrayal, murder, and of course a little magic. 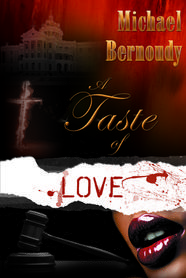 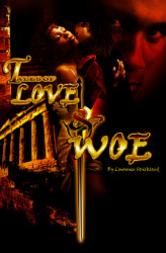 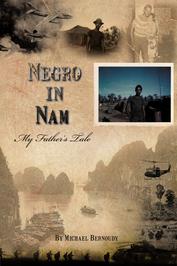 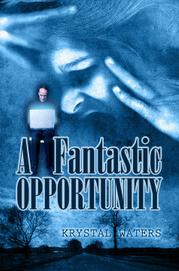 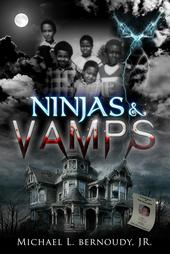 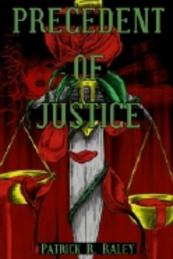 Detective Charlie Peppers searches through scarce clues and a myriad of diverse suspects in a quest for the truth.  Along the way he not only pieces together a case, but also a personal life.

Follow the investigation from the end, back to the beginning, and then back to the end.  As additional evidence gathers and the answers become clearer, justice becomes more diluted.  With a system that gives devious criminals the benefit of the doubt, can there ever be a precedent of justice?

Watch the official trailer at: https://youtu.be/a0I7zIe6eXs

After moving to a small town to tend to his dying grandmother, Tony and his friends discover that there are more things for young blacks to fear than cops.  This witty story will prove entertaining for readers of all ages.